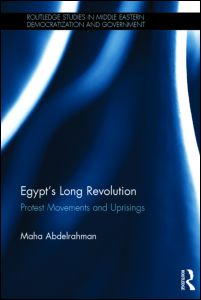 “This book examines the decade long of protest movements which created the context for the January 2011 mass uprising. It tells the story of Egypt’s long revolutionary process by exploring its genealogy in the decade before 25 January 2011and tracing its development in the three years that have followed.”