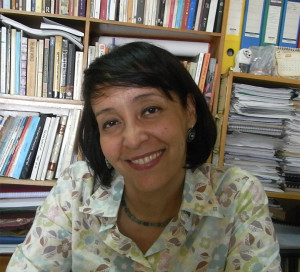 P- I am professor of English and comparative literature at Cairo University. My research interests include English literature, Egyptian colloquial poetry, sub-Saharan African literature, comparative literature, cultural theory, and translation. Among my publications areThe Conflict of Voices in the Poetry of Dennis Brutus and Mahmud Darwish (Wiesbaden: Reichert Verlag, 2004), and among my latest work is “The Role of New Media in the Egyptian Revolution of 2011: Visuality as an Agent of Change,” in Popular Culture in the Middle East and North Africa: A Postcolonial Outlook (New York, Routledge, 2013), and “New Directions of Internet Activism in Egypt,” in Communications: The European Journal of Communication Research Vol. 38, Issue 3. I have been visiting researcher at University of Texas, Austin, USA, University of Leiden, the Netherlands, University of Florence, Italy, and Zentrum Moderner Orient- Berlin, Germany. Has been research fellow of the Wissenschaftskolleg Berlin, Germany, and the Alexander von Humboldt Foundation. I have also been visiting professor at Freie Universitaet Berlin and the Jagiellonian University of Krakow.

Faculty of Arts, Cairo University in 2013. I applied for the MA program and now I am a Pre/MA student in the Literature program at the dept. 2014/2015.
I worked as an International account advisor at VIS (Vodafone International Services) UK account for 6 months. Then as an English Language Trainer at Harvest British College in Cairo. Now, I am a part time Research Associate, working on a project entitled “Arab Athena: Graeco-Roman Past in the Modern Middle East’” a Leverhulme Trust funded project on the reception of Greek and Latin literature and thought in the modern Arab world. 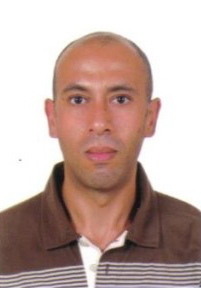 Walid El Hamamsy is Assistant Professor in the Department of English, Cairo University. He obtained his MA from The American University in Cairo and his PhD from Cairo University. His academic interests focus on popular culture, comparative literature, translation, and gender. His most recent publications include “Epistolary Memory: Revisiting the Traumas of Rape and Civil War in Women’s Writing” (Alif, 2010), a co-translation into Arabic of Thomas Jefferson’s Revolutionary Democracy (Saqi Books, 2011), “BB = BlackBerry or Big Brother: Digital Media and the Egyptian Revolution” (Journal of Postcolonial Writing, 2011), “Shooting Under Fire: Film-making and the Aesthetics of Resistance (Interview with Omar Robert Hamilton)” (Wasafiri; December 2012), and “‘Egypt .. isn’t that in Switzerland?’: American Cartoons and the Egyptian Revolution (in Shifting Borders: America and the Middle East/North Africa, ed. Alex Lubin, forthcoming by AUB in 2013). He is the co-editor of Popular Culture in the Middle East and North Africa: A Postcolonial Outlook (NY and London: Routledge, 2013). 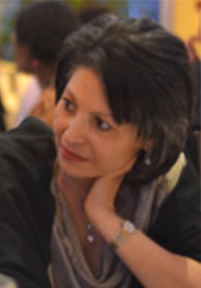 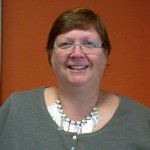 Cathy Costain has led the British Council’s arts programme in Egypt since October 2010, working in all art forms and with local partners. Prior to that, she ran the British Council’s Library in Agouza for 15 years. Cathy came to Egypt in 1986 with Voluntary Service Overseas (VSO) to work in the central library of Menufeya University. She also completed a project at Tanta University Faculty of Arts working in the library and teaching cataloguing and classification to students in the libraries department. 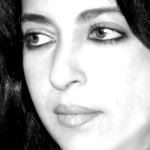 Shereen Abouelnaga is a Professor of English and Comparative Literature at Cairo University. She has published critical and literary articles in cultural and literary journals, with a special focus on gender. Some of her publications are: “A Passion of Difference: Readings in Selected Feminist Texts” (1997); “Feminist or Women’s?” (2001); “Nation in the Narration of Arab Women Writers” (2003); and “Intellectuals in the Transitional Phase” (forthcoming). She is a member of the editorial board of New Perspectives on Theory/ Culture/ Politics (Centre for Critical and Cultural Theory, Cardiff University). Aware of her position in the third world, Abouelnaga views the world from the lens of a socialist feminist. She is concerned with reading the manifestations of neo-patriarchy and neo-liberalism that precipitate the rise of the ‘new text’: a powerful sign of resistance. 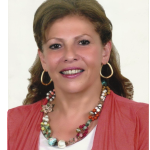 Maha El Said is Professor at the English Department, Faculty of Arts, Cairo University. She has more than 22 years of experience teaching at Egyptian Universities with a special interest in American Studies, digital humanities, and popular culture.  She has publications on Arab American writings, creative writing, popular culture, gender, and the impact of new technologies on literature. Dr El Said has given several public lectures on American popular culture and its impact on Egyptian youth in places such as  the United Nations Arabic Program, New York and “New Haven Arts and Ideas Festival” Yale. As a Fulbright visiting scholar for the academic year 2003/2004 at UC Berkeley she researched the development of the Spoken Word as a political expression and popular culture as a form of resistance. As a member in the Woman and Memory Forum she wrote and performed several stories that deconstruct popular gender concepts. Her current research project focuses on the convergence of popular culture and digital expressions.